In a word — no. The latest attempt is Senate Bill 562 in California (the Healthy California Act), but there have been others before it. The first challenge is always the same — overcoming all the big financial obstacles. There have been several recent studies for CA, but raising taxes is both a critical and fundamental requirement. The legislative analysis suggests that the cost for SB-562 would be about $400 billion per year. Here’s a chart from the L.A. Times: 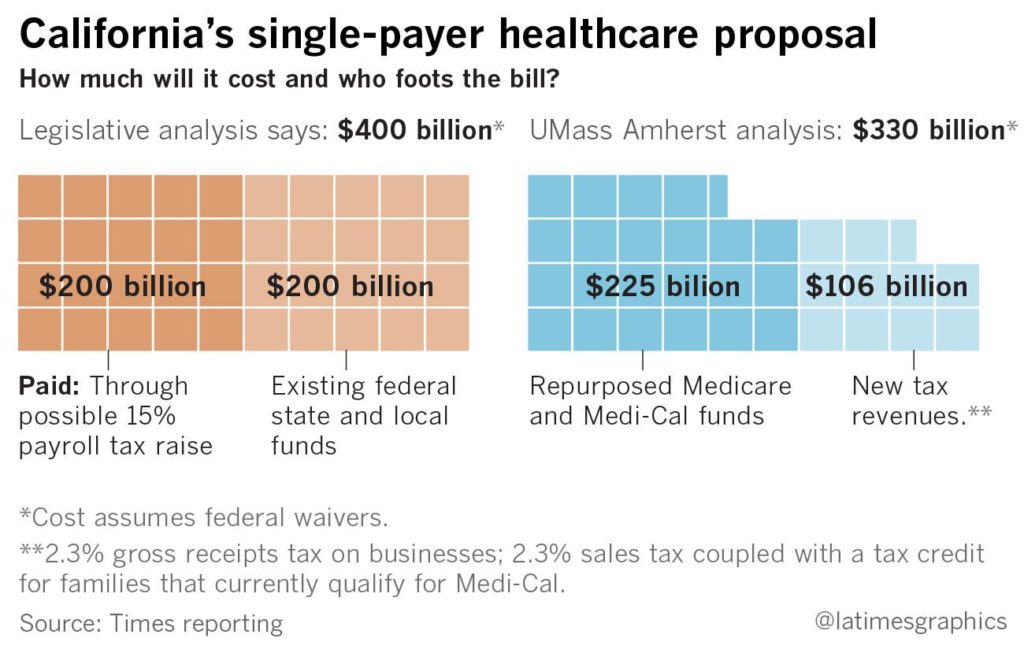 According to a report in the Wall Street Journal, the California State Appropriations Committee is looking at a 15% payroll tax on earned income as one idea — which mirrors recent attempts by Vermont and Colorado.

Colorado is more of a swing state — so it was thought to be a better test for other states. It’s also larger than Vermont by almost 9X. In the end, voters overwhelming rejected the measure (~80%) so it wasn’t just defeated, it was crushed. Vermont’s governor (Peter Shumlin) calculated the fiscal hurdle as too high and simply abandoned the initiative before it got to the ballot.

Recent polling in California by the Public Policy Institute of California summarized their finding this way:

This polling is eerily (but not surprisingly) like some of the early Obamacare polls. 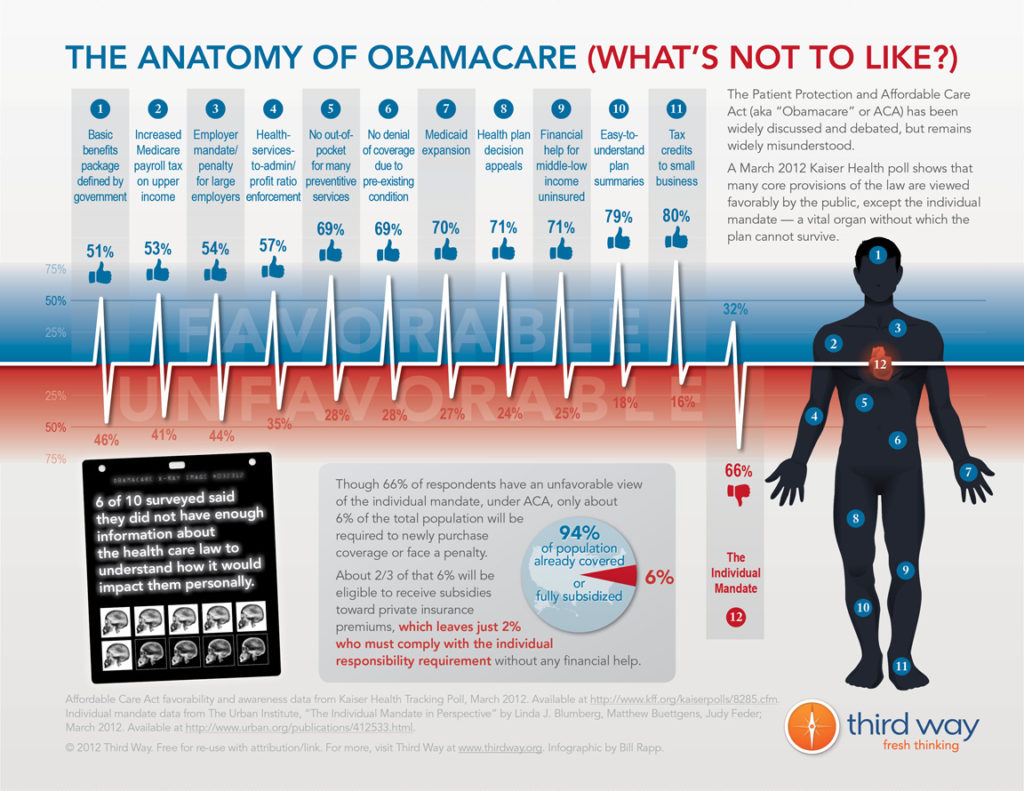 Basically, 11 of the 12 Obamacare provisions polled positively (and 7 of the 11 polled near or above 70%). The 12th provision that polled with a big negative? The individual mandate (66% against).

The larger narrative here has not changed since Obamacare was passed. Everyone likes getting healthcare services, but the vast majority of people don’t want to actually pay for them. It’s juvenile, but that’s the reality and that debate doesn’t magically change by moving it to the state level.

Also, like Colorado, the opposition to a single-payer system by industry stakeholders would be likely and significant.

Amendment 69 [in Colorado] brushed up against a powerful lobbying campaign by major health insurers like Anthem, Kaiser Permanente, and UnitedHealthcare, which raised more than $4 million to defeat it, as the Denver Post reports. Fortune – November 8, 2016

There are additional, ongoing challenges as well. Here are 3 big ones:

Given all the variables — especially the fiscal ones — I see no viable path forward for state-based “single-payer” healthcare. The sentiment is there — and that will help drive the national debate — but the size and scope of a single-payer healthcare system is so large and fundamentally different, that running it entirely at the state level quickly devolves into a fiscal non-starter.

Some Democrats felt the bill was rushed and undeveloped. Sen. Ben Hueso (D-San Diego) withheld his vote on the bill on grounds it does not provide enough detail of what a single-payer system would look like. “This is the Senate kicking the can down the road to the Assembly and asking the Assembly to fill in all of the blanks,” Hueso said. “That’s not going to happen this year.” L.A. Times — June 1, 2017