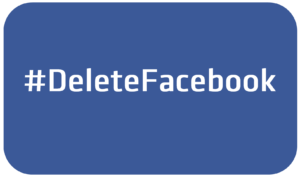 There’s a compelling and growing list of reasons to delete your Facebook account. Here are the top 10 that are prompting me to delete (and not just disable) mine.

And that means that we need to sort of give you a little dopamine hit every once in a while, because someone liked or commented on a photo or a post or whatever. It’s a social-validation feedback loop … exactly the kind of thing that a hacker like myself would come up with, because you’re exploiting a vulnerability in human psychology. The inventors, creators — it’s me, it’s Mark [Zuckerberg], it’s Kevin Systrom on Instagram, it’s all of these people — understood this consciously. And we did it anyway. Sean Parker — Former Facebook President

I feel tremendous guilt. It literally is [at] a point now, where we have created tools that are ripping apart the social fabric of how society works. That is literally where we are. The short-term, dopamine-driven feedback loops that we have created are destroying how society works. No civil discourse. No cooperation. Misinformation. Mistruth. And it’s not an American problem. It’s not about Russian ads. This is a global problem. Chamath Palihapitiya — Former Facebook VP of User Growth

There’s an argument here that Facebook (and other social media ‘platforms’) can and ultimately will change. I don’t believe that’s true because they all rely on addicitive human properties like outrage that are easy to convert into enormous revenue engines. Making the platforms more civilized (with less outrage) will result in massive hits to those exact revenue engines.

I tried for two and half years inside of Google to change it. There is no way to change these things from the inside. Tristan Harris — Former Google Design Ethicist

The only way to change it is to leave it — which is exactly what I’m doing. In order to gracefully exit Facebook with existing friends and connections, I’m staging my account deletion for this Friday (3/30) and here’s the step-by-step guide I’ll be using.

Ages ago — all the way back in February of this year — President Donald Trump proudly boasted that healthcare was complicated. He even went as far as to suggest that no one knew of this complexity. It quickly became a laughable Trumpism.

Now, I have to tell you, it’s an unbelievably complex subject. Nobody knew that healthcare could be so complicated.

I actually think this “ignorance” supports the argument that Trump suffers from a cognitive impairment known as the Dunning-Kruger effect, but that’s a separate entry in the Trump folder.

Incompetence aside, I don’t believe President Trump was, in fact, all that ignorant about healthcare. At least not the health insurance component he once leveraged against a family member with a significant health condition. This wasn’t just inhuman behavior, it was one that was leveled against a member of his own family. It came across my radar initially because it’s both noteworthy and specifically relevant to healthcare. The full story was actually covered by the New York Daily News in December of 2000.

Even when it comes to a sick baby in his family, Donald Trump is all business. The megabuilder and his siblings Robert and Maryanne terminated their nephew’s family medical coverage a week after he challenged the will of their father, Fred Trump. “This was so shocking, so disappointing and so vindictive,” said niece Lisa Trump, whose son, William, was born 18 months ago at Mount Sinai Medical Center with a rare neurological disorder that produces violent seizures, brain damage and medical bills topping $300,000.

On March 30, Donald, Maryanne and Robert Trump retaliated. Fred Trump 3rd (Donald’s nephew) received a certified letter informing him the medical benefits that had always been provided to his family by the Trump organization would end on May 1, 2000.

So — to retaliate against a sibling feud over the sizable estate of Fred Trump, Sr., the Trump organization (in the form of Donald, Maryanne and Robert) cut off health benefits to their nephew even though there were immediate and long-term needs associated with Fred’s son William (diagnosed with cerebral palsy).

As a chronic developmental disability (DD), the fiscal burden associated with cerebral palsy will easily overwhelm most families. In 2003, the CDC estimated the average lifetime costs of a person with cerebral palsy at $921,ooo. Simple inflation and cost-of-living increases over the last 14 years would easily push that average beyond $1 million today.

Of course many will consider this old news because the events unfolded in 2000, but I think anyone who uses health benefits as retaliation in a family dispute over money should be challenged in the court of public opinion — especially when the central figure in terminating those benefits now holds the highest elected office in our country AND has the final authority in signing healthcare reform legislation.

It’s certainly easy to claim ignorance over the complexity of health benefits, but using actual health benefits in a familial dispute over money should be at least unconscionable. I’m still struggling to understand which line of basic human decency was crossed when that same individual publicly mocks people with a development disability. 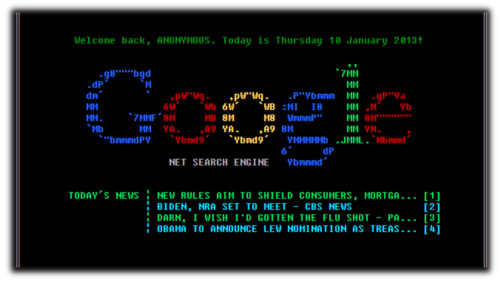 Webster’s has a new entry for mea culpa:  A voluntary payment of $500 million to avoid criminal prosecution and jail.

That’s almost a rounding error for a company with a Market Cap well north of $130 billion – but the healthcare system can definitely use the money.  I remember when some of the first estimates for widespread EHR adoption were announced in 2008.  One that was hotly contested (way too high) was $150 million over 8 years.  Safe to say – we’ve got that fully funded – with change.

Ten Things We Know To Be True

“We first wrote these ‘10 things’ several years ago.  From time to time we revisit this list to see if it still holds true.  We hope it does – and you can hold us to that. (September 2009).”

We’ll hold Google to wordsmithing this one:

6.  You can make money without doing evil.

Maybe tweak it just a tad to something like:

6.  You can print money without too much evil.

As the briefest of backgrounders, from 2003 to 2009 the GOOG basically allowed unlicensed Canadian Pharmacies to illegally advertise prescription drugs in the U.S. using Google’s Adwords program.  According to the allegations, Google actively provided support and advice to the pharmacies to help maximize those campaigns which were lucrative to both the pharmacies and – of course – Google.

For those of us that have been around for awhile – there’s nothing new here – just move along.  The U.S. healthcare system has a long history of malfeasance.  The book Coronary details the 3 year FBI investigation into Tenet Healthcare.  That investigation resulted in a $900 million global settlement in 2006.  As unbelievable as it may sound, that was actually Tenet’s second bite of the big healthcare apple.  Their first was as a prior entity – called National Medical Enterprises (NME).  During the ‘80’s and ‘90’s NME was involved in massive Medicare fraud that resulted in over $979 million in settlements.  The allegations were many – including:

In a different case, the investigation and litigation against Columbia/HCA dragged on for 10 years and ended with a fraud settlement of $1.7 billion.  While three executives were found guilty, they appealed – and won.  Chairman Richard Scott (who today is Governor of Florida) walked away with $17 million and was never charged.  The criminal settlements were made in the name of two defunct subsidiaries so that Columbia/HCA would not be excluded from Medicare payments.

In July 2010, the Medicare Fraud Strike Task Force announced its largest fraud discovery ever when charging 94 people nationwide for allegedly submitting a total of $251 million in fraudulent Medicare claims. The 94 people charged included doctors, medical assistants, and health care facility owners.  Of those, 36 have been found and arrested.  For that year, law enforcement agencies charged about 930 individuals with a conviction rate over 80%.

Earlier this year, twenty individuals, including three doctors, were charged in South Florida for their alleged participation in a fraud scheme involving $200 million in Medicare billing for mental health services.  That announcement was weeks before another takedown that charged 111 defendants in nine cities in connection with their alleged participation in schemes to bilk Medicare out of an additional $225 million.

On the release of his book Coronary in 2008 Mr. Klaidman commented:

I wish Google could say it wasn’t so.  Clearly it was.

This article first appeared in The Health Care Blog (August 2011)