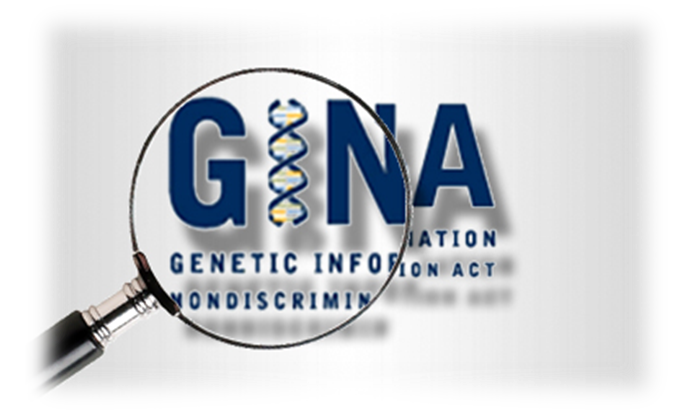 Yesterday, Re/code science reporter James Temple wrote an essay saying that he would be happy to volunteer his personal data for Google’s “Baseline Study.” The argument in favor of “citizen science” is definitely popular, but it also masks some larger, more systemic issues with health care — specifically here in the U.S.

Color me skeptical, but I’m inclined to pass on Google’s offer to help with any of its long-term, lofty ambitions around citizen science, for three reasons:

But one point did initially give me pause: The information handed over will include full genome sequences of individual participants.

He even went as far as to get the correct legal assessment from Stanford law professor Hank Greely:

“I’m not saying people shouldn’t sign up for this,” [Greely] said in an interview. “But they need to know going into it that nobody can honestly promise you anonymity or confidentiality.”

That’s a pretty big personal risk, of course, but it’s only one element of the legal assessment. The larger issue that I see is the potential effect of donating genetic data relative to GINA, the Genetic Information Nondiscrimination Act of 2008. GINA is the federal legislation designed to protect my genetic data (against abuse), but there’s a rather lengthy list of things it won’t do:

Perhaps the single most important element to all of this is simply the timeline. GINA was signed into law on May 21, 2008. Just over six years ago. In legal terms, that’s an unproven law (in both directions), and the greatest risk remains almost entirely mine (to prove abuse). Once my genetic data is digitized, sold, used and reused, I have little faith in this legal soup to protect my individual legal rights without incurring huge legal expenses personally. Especially as it relates to a $400 billion (market cap) company like Google.

Which brings me to my second point: Health-care data trust in Google.

Some would say my lack of faith in Google is overly cynical, but a little history here is warranted. Remember Google Health? The data repository that consumers could use (for free) to store their medical information?

Google Health has been permanently discontinued. All data remaining in Google Health user accounts as of January 2, 2013 has been systematically destroyed, and Google is no longer able to recover any Google Health data for any user.

Sorry, but that didn’t engender a lot of trust for me to let Google handle my health-care data. In itself, not all that bad — except that this wasn’t the only Google health-care “misstep.”

Few will remember, but next month is the three‒year anniversary of Google’s $500 million settlement with the Department of Justice.

As the briefest of backgrounders, from 2003 to 2009 the GOOG basically allowed unlicensed Canadian pharmacies to illegally advertise prescription drugs in the U.S. using Google’s AdWords program. According to the allegations, Google actively provided support and advice to the pharmacies to help maximize those campaigns which were lucrative to both the pharmacies and — of course — Google.

So, what was the harm? Unlicensed pharmacies have no obligation to actually sell real drugs. For all we know, absent any regulatory consumer protection, those pharmacies were selling sugar pills in place of life‒saving medications. We’ll save the debate about U.S. pharmaceutical pricing for another day, but working outside of the regulations for something as critical as prescription drugs didn’t engender a lot of Google health-care trust for me. They paid up, of course, but that was really just Larry Page’s “Get Out of Jail Free” card.

The third argument against Google is really in its own words. The company has made crystal-clear its interest (or lack thereof) in health care.

Generally, health is just so heavily regulated. It’s just a painful business to be in. It’s just not necessarily how I want to spend my time. Even though we do have some health projects, and we’ll be doing that to a certain extent. But I think the regulatory burden in the U.S. is so high that I think it would dissuade a lot of entrepreneurs. — Sergey Brin at Khosla Ventures CEO Summit

This last one highlights the real interest by Google in health care. It’s vanity. You’re kidding yourself if you think that providing your genetic data (for free or paid) will have a meaningful contribution outside of the bio/life sciences community. Why do I need Google for this? I don’t — and I’d prefer to work with organizations that have an expressed commitment (even if it’s economic) to the scientific rigors of a clinical trial process.

We have some very serious, big, ugly, hairy problems in health care, but this darling duo of Silicon Valley can’t (or won’t) engage them directly because they’re “too regulated”? Here’s a short list of problems with our current system:

Let’s take that last one. It’s a really big number — and kind of hard to grasp — but it’s effectively the same as if the world’s largest passenger airliner — the Airbus A‒380 — crashed every day, with no survivors. The worldwide uproar would have the entire fleet of A‒380’s grounded by day three.

I’m absolutely sure that Google wants my genetic data — preferably for free, of course, and will say anything in order to get it. Does that mean that it has earned my trust to use that data as part of an ambiguous, long-term experiment? Not with my genetic data. At least not yet. Thanks for the offer, but no thanks.